A Journey into the Gift of Prophecy:

Enroll in Course
off original price!

The coupon code you entered is expired or invalid, but the course is still available!

Join Becca Greenwood in approximately 10 hours of experiential training on the gift of prophecy. She begins at what is prophecy and ends by taking you to an understanding of functioning in prophetic ministry. Through the videos and the syllabus, you will be able to follow along and truly go to new levels in prophecy by learning from one of the freshest prophetic voices today. 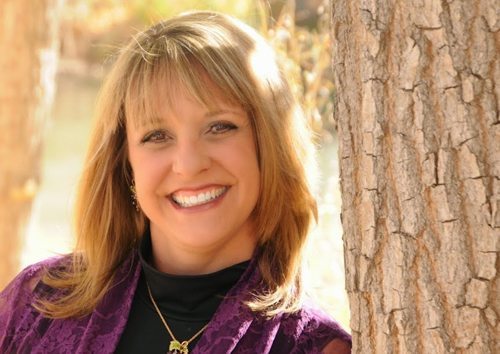 From the time she was young girl, Rebecca felt a drawing of the Lord that she would be used by Him. Her mother used to tell Rebecca she was blessed and her father loved to sing a son entitled Far Away Places to she and her sister when they were small girls. Little did her parents know they were speaking her destiny into her heart and mind even from the time she was a young child.

In a prayer time in 1990 she felt a strong presence of the Spirit in which she was overcome. During this time the Lord showed her a vision of thousands and thousands of souls from many nations. He challenged her saying, Becca, will you be accountable for the souls I have assigned to you? Will you reach them for Me? Her heart captivated by this experience, she seriously responded to the mandate of the Lord to the nations. Since this Kingdom encounter, her passion has been seeing the lands of the world impacted for the Glory of God and reaching people with the gospel and setting the captive free. Her heart cry has become, Lord give me the nations. . As a result, prophecy, prophetic intercession, transformational spiritual warfare prayer, spiritual mapping, deliverance and teaching the word of God extensively in the many lands of the earth are the main thrusts of Christian Harvest.

Over the past 24 years, she has ministered in and participated and led in spiritual warfare prayer journeys to 34 countries such as Egypt, Nepal, Italy, Turkey, Russia, Ukraine, Ireland, Spain, China, and to many cities and locations throughout the United States in which measurable breakthrough of transformation have been realized.

Having a heart for lost souls, Rebecca has seen many saved and set free. She ministers in transparency from her personal experiences of overcoming fear, depression, rebellion and anger into freedom. She is committed to equipping in scriptural truths on how to live an overcoming life of purpose, fulfillment and destiny. And to equip people and churches to have a Jesus captivated and authoritative prayer life in which change and transformation are realized.

While she loves to travel the world and partner with the Lord in touching people’s lives, Rebecca’s favorite and most cherished times are with her husband Greg and their three beautiful daughters: Kendall, Rebecca and Katie. They reside in Colorado Springs, CO and are members of Freedom Church.

Rebecca has been a guest on TBN, Its Supernatural, God Knows and the Harvest Show. She has written for publications such as Charisma, Pray! Magazine and Spirit-Led Woman. She graduated with a Doctorate of Practical Ministry from Wagner Leadership Institute where she also serves as a core faculty member.

She is the author of nine books:

First Section
Available in days
days after you enroll

When does the course start and finish?
The course starts now and never ends! It is a completely self-paced online course - you decide when you start and when you finish.
How long do I have access to the course?
How does lifetime access sound? After enrolling, you have unlimited access to this course for as long as you like - across any and all devices you own.
What if I am unhappy with the course?
We would never want you to be unhappy! If you are unsatisfied with your purchase, contact us in the first 30 days and we will give you a full refund.
off original price!

The coupon code you entered is expired or invalid, but the course is still available!